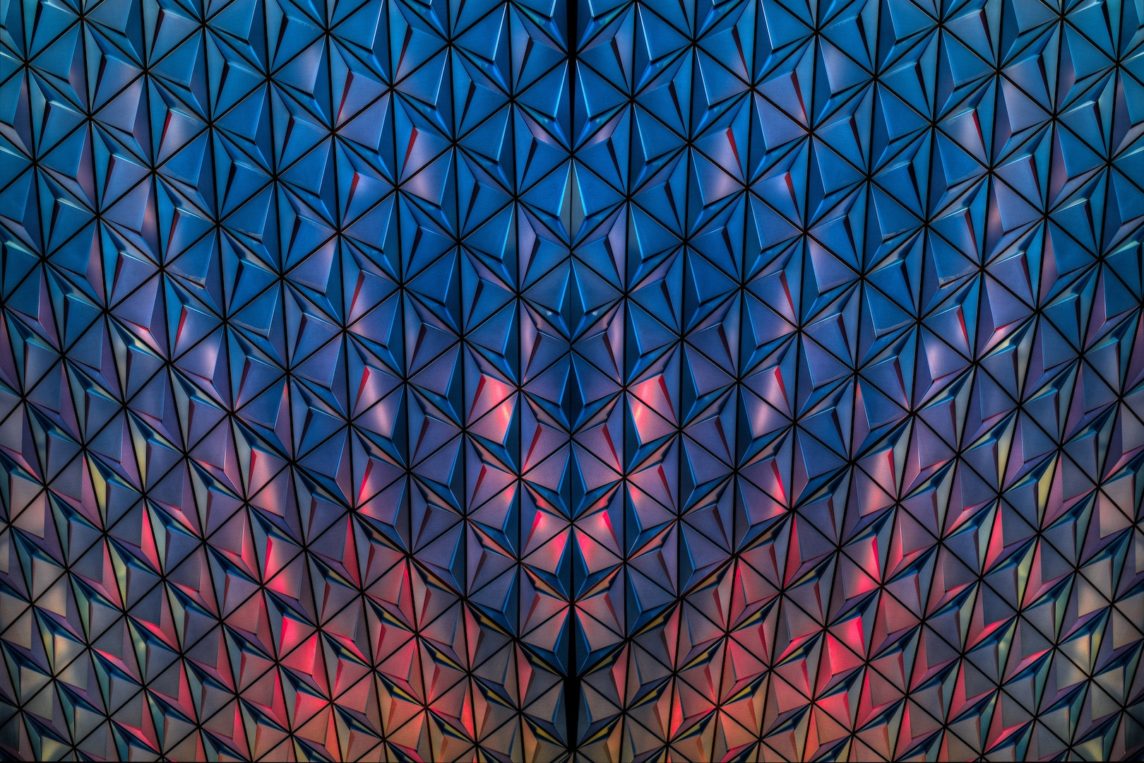 Whether you are a designer, entrepreneur, or executive it’s important to be aware of the context in which you are working.   Within that context, patterns are the daily habits, behaviors, or consistent actions that define how people, places, and things interact.  They can also be a source of new opportunities when you understand the impact they make on an organization.

What is a pattern and how do you use it?

A pattern can be formally defined as a noticeable regularity in the natural and man-made world that repeats itself in a predictable manner.  Examples of natural patterns include waves, cracks, or lightning.  Man-made patterns are often used in design and can be abstract, such as those used in mathematics, science, and language.  In architecture and art, patterns can be used to create visual effects on the observer.

“Pay attention to the intricate patterns of your existence that you take for granted.” – Doug Dillon

Patterns are important because they offer visual clues to an underlying order.  If you can unlock a pattern, then you have the ability to alter or shape it in order to achieve some effect.  Patterns can also be used as a template that will enable one to quickly analyze a situation and understand how it works.  This can serve to enable leaders to quickly assess situations and start asking the right questions.

{*}  Symmetrical – Often the easiest to understand and can be found in living systems and architecture.  Examples include males and females of various species, ancient temples, medieval cathedrals, or specific civic buildings such as train stations or libraries.  In this pattern, one side is like the other, sometimes like a mirror. 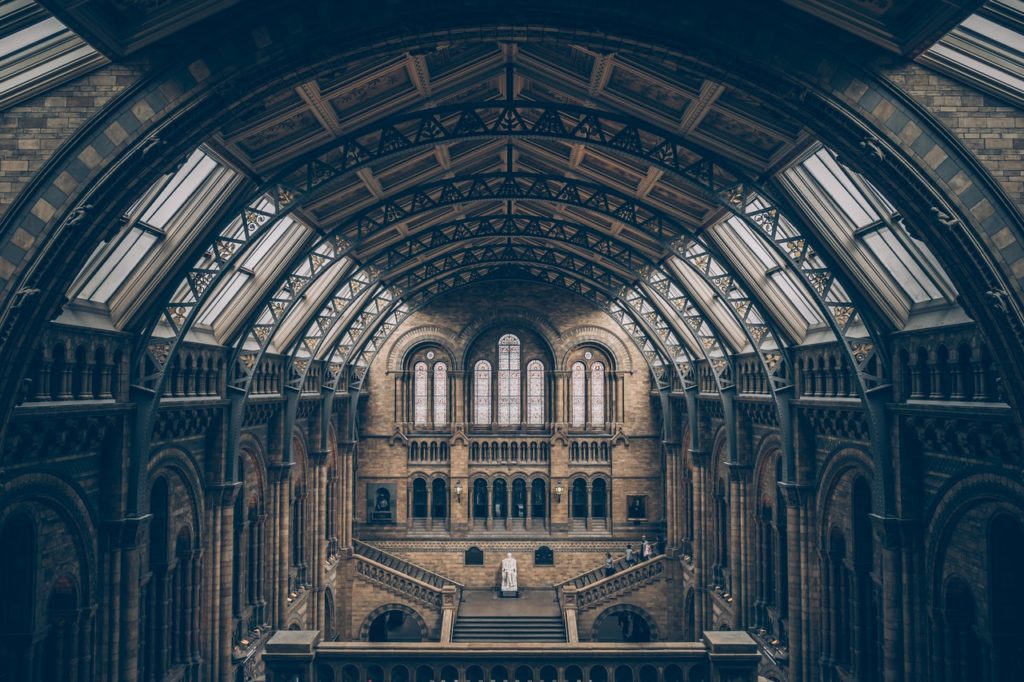 When I see that one side is like the other, I know that I’m working with a system in balance and that an adjustment on one side may in fact require an equal adjustment or reaction on the other side.  It’s important to know that although a symmetrical form can often be quickly understood at a glance, it can still be highly complex.  Symmetrical does not mean simple.

{*}  Asymmetrical – These forms occur naturally, but they are often tougher to figure out because all of the factors that affect this kind of system may not be apparent or visible.  These systems often consist of objects of various sizes and shapes working in harmony and balance.  Asymmetry occurs in cities, organizations of various sizes, math, nature, and communications. 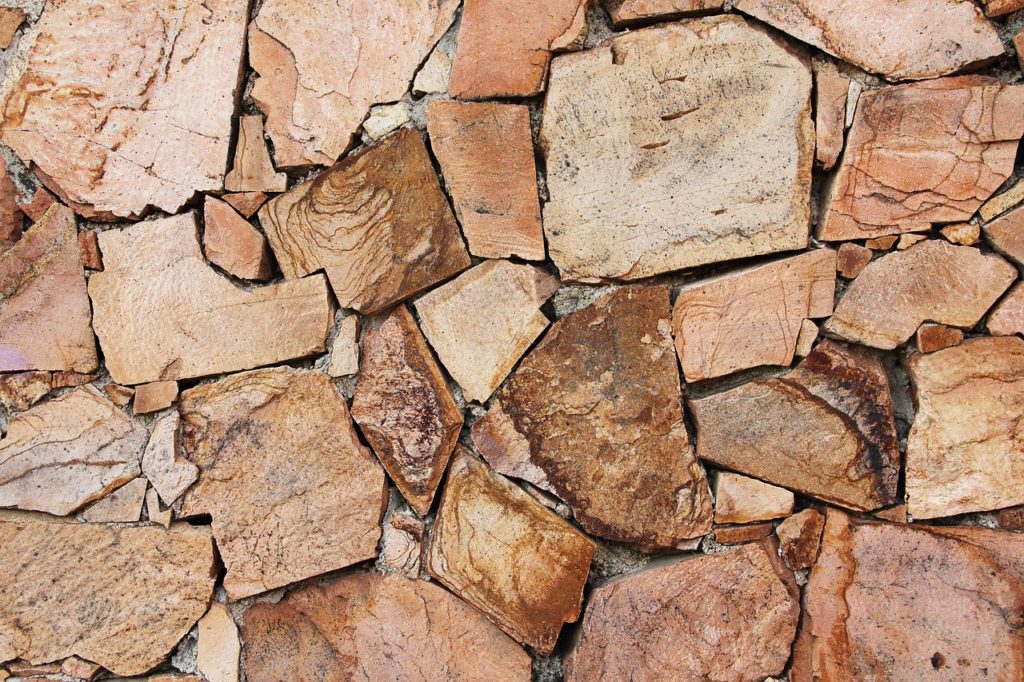 Understanding how an asymmetrical pattern works can take time to uncover.  However, once one understands the weak and strong bonds that connect the parts and pieces of this system, the better position you will be in to apply pressure to create a particular outcome.  One can see this at the working level of an organization where people of various skills and experience are required to coordinate and work together.  The role of the leader in this example is to figure out how people can effectively complement each other for the good of the whole.  Too much attention on one resource and the system begins to shift out of balance.

{*}  Spiral – The best examples include whirlpools, hurricanes, black holes, and even some seashells.  A spiral can start wide open and collapse upon itself at the center of a structure or it can continue to grow upwards.  An upward spiral can be a metaphor for growth and a downward spiral could mean that a system is devolving.  Much depends on the specific situation and your perspective.  Alternatively, moving in one direction could mean that your options are slowly narrowing or perhaps expanding.  A death spiral is never good. 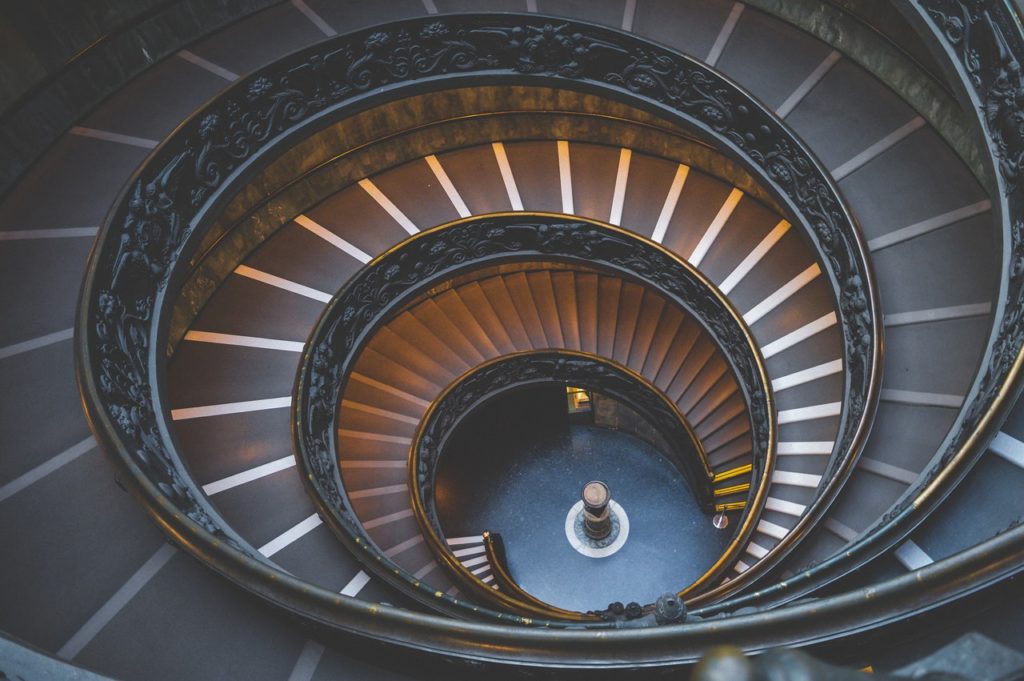 {*}  Grid – If you’ve seen a modern city street, or an ancient one in Rome, then you are familiar with a grid.  You may also see the grid pattern in building structural elements such as columns, electrical distribution systems, or in surveying methods.  Regular and systematic, grids are easy to understand and manage. They can also give you enormous flexibility when faced with an obstacle due to the inherent redundancy in the system.

{*}  Centralized – This pattern communicates that the center is the most important, and what’s happening on the outside is on the periphery and less important.  The center is directing what’s happening on the outside.  Like the hub of a wheel, without the center to hold everything together, the system would not be able to support itself.  Forms of government and command and control structures are common centralized forms.  The size of a centralized system can have an impact on how effectively it operates. 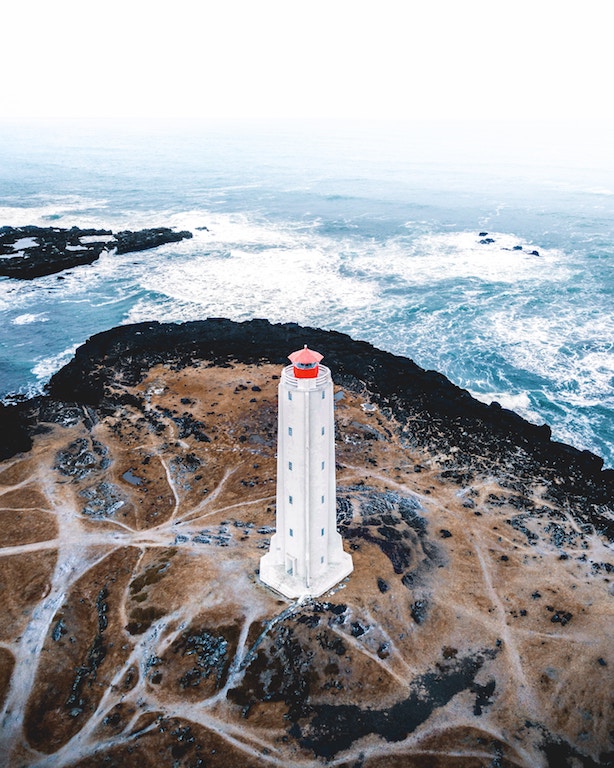 [*}  Linear – One thing after another might be the best way to describe this as would a road cutting through a landscape or a process in an office.  There’s only one way and there is very little room for deviation due to constraints that may be physical or organizational-related. 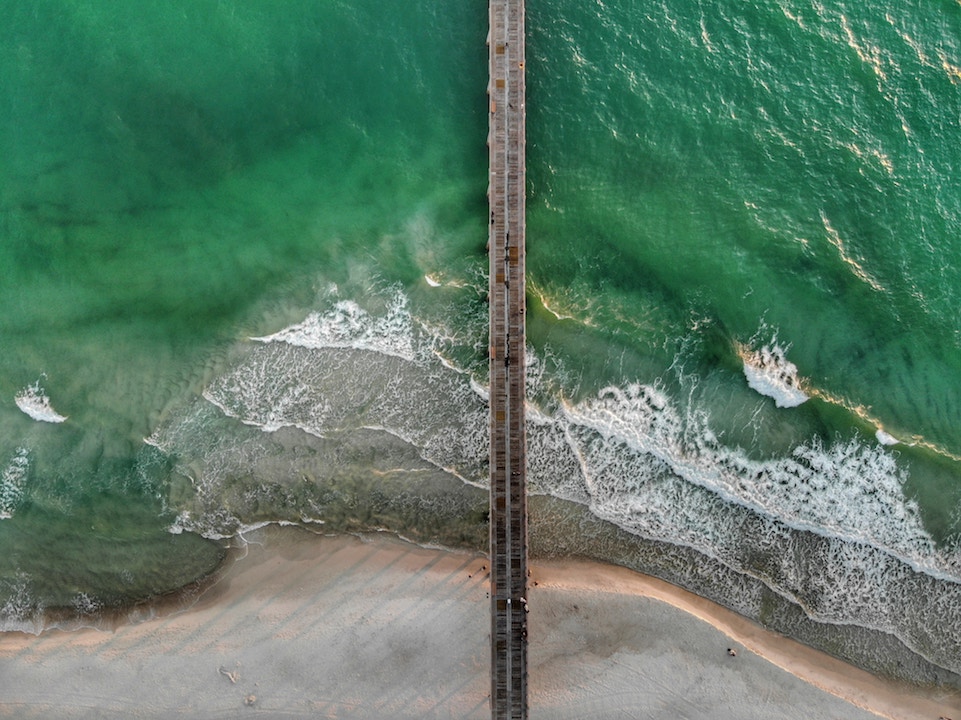 Linear buildings will have a single circulation route with multiple rooms or functions attached to this spine.  People can also be referred to as linear and it’s often used to describe someone that can’t think beyond what’s in front of them or if it deviates from a prescribed process.  At a larger scale, a linear form may not work well because it is difficult to adapt to new situations as it tends to serve a single purpose.

{*}  Radial – This pattern has parts or pieces at the periphery that are arranged around a core and can be either symmetrical or asymmetrical.  Examples include rose windows in churches, flowers, mandalas, clock faces, and even mountaintop drainage systems.  A radial pattern is also known as a geometric term of location because the shape describes the physical location of objects.  This is also an effective form to use in business infographics when communicating the parts of an organization or project progress. 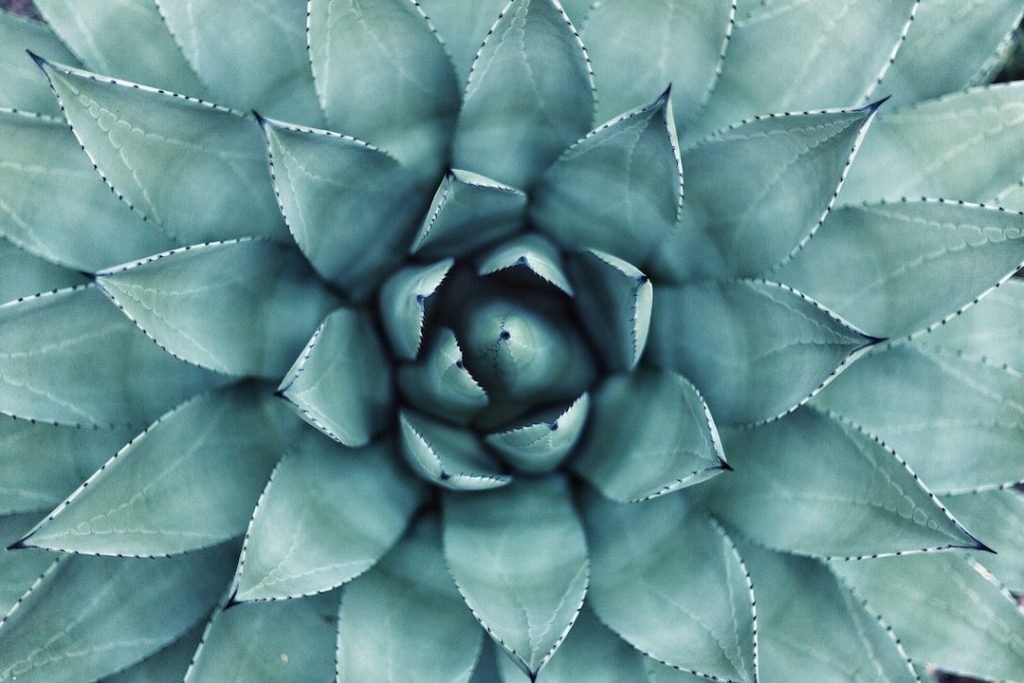 {*}  Clustered – The development patterns of villages, towns and cities tend to be clustered.  Why?  People gather around a resource because of its importance or they are forced into that situation by constraints which are typically physical.  The location of a food source, mode of transportation, or job opportunities are all reasons why people come to a certain spot.  When there is no more room to expand outwards, then people will grow upwards when it is financially feasible as we do with our skyscrapers and cities. 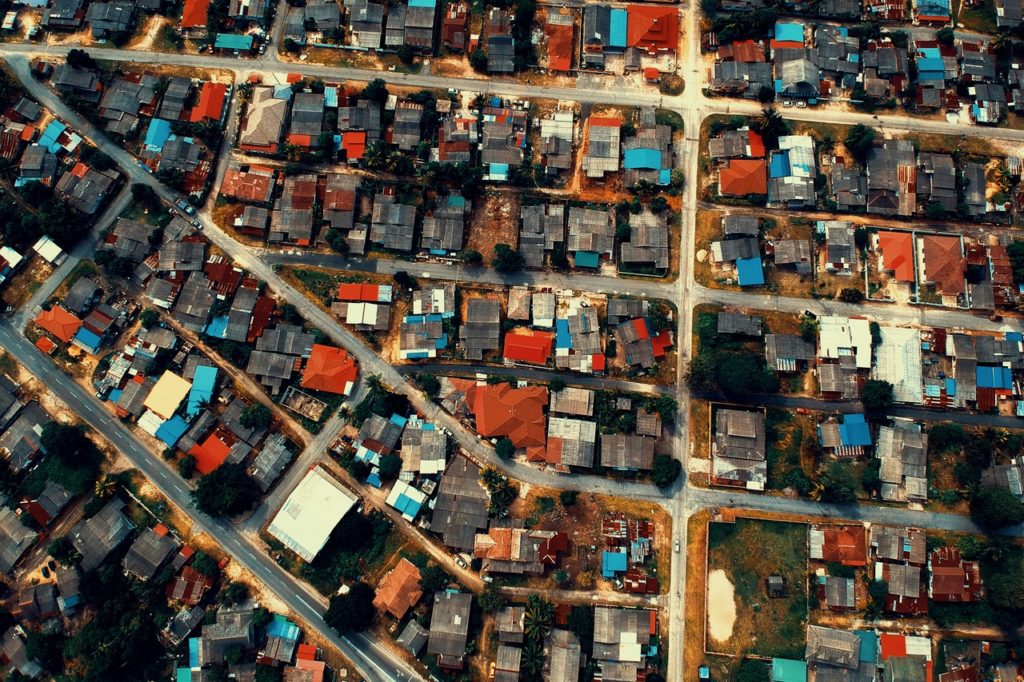 Clusters can be linked. At a very large scale, as in multiple cities on the East Coast of the United States, they can be seen as part of asymmetrical system.  The advent of data-mining and statistical learning techniques has enabled scientists to better understand groups of patterns.  Learning what is causing the clustering to occur can enable people to learn how to take action and what levers to pull to create change in this kind of system.

{*}  Fractal – This pattern is better understood as an expanding or evolving symmetry.  It can also be understood as a detailed pattern that repeats itself. Mandelbrot described geometric fractals as “a rough or fragmented geometric shape that can be split into parts, each one of which is (at least approximately) a reduced-size copy of the whole.” 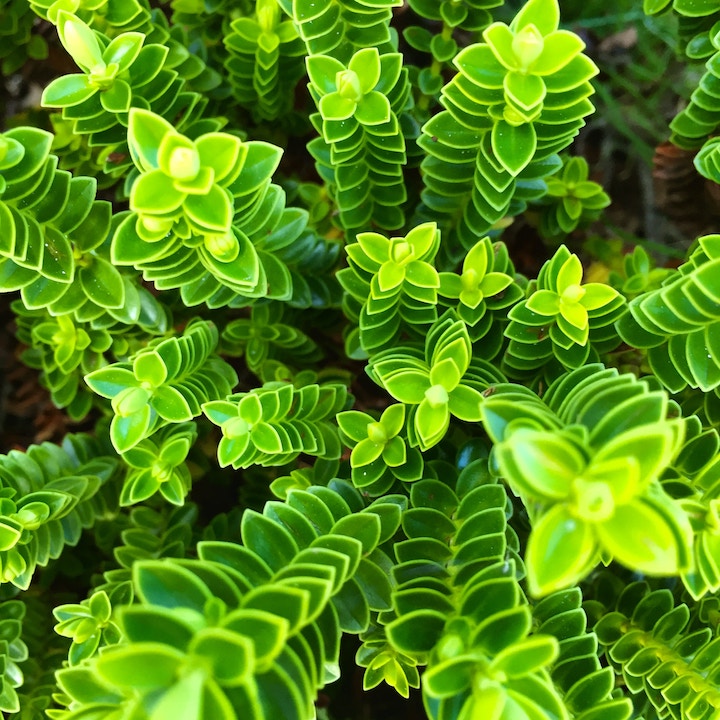 By becoming aware of fractal patterns, we can see that all things are connected.  What happens at a small scale impacts what happens at a large scale.  Small changes in a pattern at a micro scale and have an impact at the macro scale.

“If we make a fly-on-the-wall review of our history and connect the significant scenarios from our memory, we can develop a comprehensive pattern of our identity that throws a whirl of light on the secreted framework of our life.” – Erik Pevernagle

Awareness of the basic patterns that exist in our world will help you see what’s happening around you in a different light.  As a template, having an understanding of what might happen in a situation may give you the opportunity to create a different outcome than what you have seen before.  This approach is the foundation of architecture, design, and science that can also be applied to other disciplines and fields.